Newport Beach is one of Southern California’s most scenic places to live. Fishing and tour boats ply the waterways, and a mixture of residents and tourists are out and about, walking the streets and sidewalks browsing, shopping, and looking for something to drink or a bite to eat. The city boasts over six miles of beaches, which means that sunbathing, swimming and surfing are activities that draw crowds year-round.
It's hard to believe that less than 200 years ago, people believed that the bay and inland waterways weren’t navigable. And in an age when the automobile was still decades away, roads were primitive and thereby uncomfortable for travel, and the first transcontinental railroad had not yet been flung across the country. Water access and a good harbor were among the most important factors in establishing a new settlement. The area was beautiful, but not the easiest place to live.

So when Captain Samuel S. Dunnells steered the 105-ton steamer Vaquero into upper Newport Bay with great success in 1870, people sat up and took notice. Brothers James and Robert McFadden heard about it and hurried down from Northern California to see what could be done. Proclaiming the area a “new port,” they acquired the landing and set up a successful trade and shipping business.

The single designation “Newport Beach” could lead one to believe that this city by the sea is a homogeneous entity, with each area and neighborhood blending unnoticeably into the next. In fact, nothing could be further from the truth. In the early 1900s, the Newport Bay estuary was dredged and several artificial islands were built in the harbor. Today, these islands are home to many of Newport Beach’s residents, and each one has its own special character, personality and geography.

Originally a sandbar and mudflat, Lido Isle is the second-largest residential island in the Newport chain. It was one of the first master-planned communities in California and was built to look like a European resort. Streets were named after European cities such as Barcelona, Genoa, Palermo and Venezia, and many of the homes were built in the Mediterranean Revival style. The center of this “semi-private” isle – both geographically and socially – is a clubhouse that hosts various clubs and organizations, including a yacht club. All property owners on the island pay annual dues. Approximately 1,800 people live on Lido Isle; aside from a summer snack bar, it is practically devoid of commercial activity and is linked to the city by a small bridge.

When the Great Depression of the 1930s enveloped the nation, the owner of Lido Isle was a Cadillac dealer who suddenly found it very difficult to sell his product. So he came up with a unique promotion: a plot of land on Lido for everyone who purchased a car from him. A very good investment, indeed, for this is property that is now referred to as the Gold Coast!

In Linda Island, every home faces the water and has its own private dock. Only one road runs through the center. There are just over 100 homes on the island, which is completely residential and connected to the mainland by a small bridge. In 1954, horseshoe-shaped Linda Island became the last island to be incorporated as part of Newport Beach. Originally called Shark Island, it was renamed after Linda Irvine of the prominent Orange County Irvine family.

The island is occupied by a gated community comprised of about 30 homes; each is a waterfront residence and has its own private dock. As far as real estate goes, it’s the most expensive of all the harbor islands. Harbor Island connects to the mainland via a small bridge. Harbor Island is another of the artificial islands created when Newport Harbor was created by dredging the estuary in the early 1900s.

With 3,000 people living on just 0.2 square miles, Balboa Island is one of the most densely populated areas of Orange County. The “island” is actually made up of three islands – Balboa Island, Little Balboa Island and Collins Island. They are connected by bridges to one another and to the mainland, and a privately-owned company operates three three-car ferries that provide access to the Balboa Peninsula to the south. Shopping is possible along Marine Avenue, and if the community has a “downtown,” it’s on Balboa Island. Locals and visitors can also take advantage of several public beaches and docks. The island is encircled by a two-and-a-half-mile paved pedestrian boardwalk, a great place to get some exercise, admire the bay and bayfront homes and take in the sea air. Since walkers and joggers are common on the boardwalk, residents don’t have as much privacy as they do in other neighborhoods. The people who live on Balboa Island make up a close-knit community, and many call each other by their first names.

If you’re “going to the beach” in Newport Beach, chances are you’re likely headed to the Balboa Peninsula. The large, sandy beach stretches for nearly two miles, from Newport Pier to Balboa Pier, and it directly fronts the Pacific Ocean. The neighborhood itself extends past the pier to the very tip of the peninsula. Much of Newport Beach’s tourist activity takes place here, but it’s home to quite a few Newport residents as well. The area is what you’d expect a beachy tourist area to be – casual restaurants, lots of bars, souvenir shops, clothing stores and beachside fire pits. It’s also the location of the Balboa Fun Zone, a family-friendly destination with shopping, restaurants, beach, boardwalk, Ferris wheel, arcade, nautical museum, bike rental and embarkation point for harbor cruises and whale watching excursions.

The peninsula is also home to the Balboa Pavilion, one of the last remaining waterfront recreational facilities from the turn of the last century in California. Completed in 1906 – when the total population was still less than 400 residents – the pavilion played a key role in attracting real estate investors who still had the idea that the area was “swamp and overflow land.” During the Big Band era, the strains of Benny Goodman, Count Basie and the Dorsey Brothers could often be heard coming from the pavilion. Today, it is a designated California Historical Landmark and hosts parties, banquets and conferences, and it is also utilized as a marine recreation facility and terminal for whale watching tours and sunset cruises.

Southern California is legendary for its awesome surfing, and Newport Beach’s premier surfing spot is at the very eastern tip of Balboa Peninsula. It’s called The Wedge, and it’s a mecca for surfers, bodyboarders and bodysurfers. The large, wedge-shaped waves can reach 30 feet under the right conditions. This top surfing location was actually created by alterations made to Newport Harbor in the 1930s. It’s not a place for novices to get in the water, but watching from the shore is a popular spectator activity.

Residents of the peninsula can generally be divided into two categories: twenty-somethings who split the rent, with four or five living in one place, and well-heeled adults who can afford a multimillion-dollar home in this prime location. As you head east, the busy public beach area gives way to quieter streets, and you’ll see fewer of the younger crowd there. The houses are fairly close together, but it’s calm and secluded, and the residents work hard to maintain a neighborly atmosphere.

Bay Island is the only natural island in the harbor and also the only one that doesn’t allow cars (even for residents). Today, it is home to 23 residences, a courtyard garden, botanical garden, tennis courts and a few private beaches. Every home faces the water and has a private dock. It connects to Balboa Peninsula via a small bridge that is just big enough for golf carts. Some consider Bay Island to be one of the valuable pieces of real estate in the world. It was purchased by a bank president in 1904 for $350, as he thought it was a good place for duck hunting.

And there you have it. The community of Newport Beach is comprised of several small but distinct areas and islands, each having its own flavor and personality and, most importantly, things to see and do for the people who choose to call this area their home. Great shopping, exclusive neighborhoods, spectacular views, and beaches that are second to none attract more than seven million visitors from all over the world each year. Since the weather is ideal year-round, common outdoor activities like golf, boating, cycling, hiking, tennis, fishing and, of course, swimming and surfing are things you can do in Newport Beach practically every day. The city is also host to an annual world-famous jazz festival, international film festival, and premier yacht and boat show.

It’s easy to see why Newport Beach residents and people renting in or visiting the area wouldn’t want to be anywhere else. With its community vibes, scenic water views, and luxury feel, Newport Beach has become their own personal paradise. 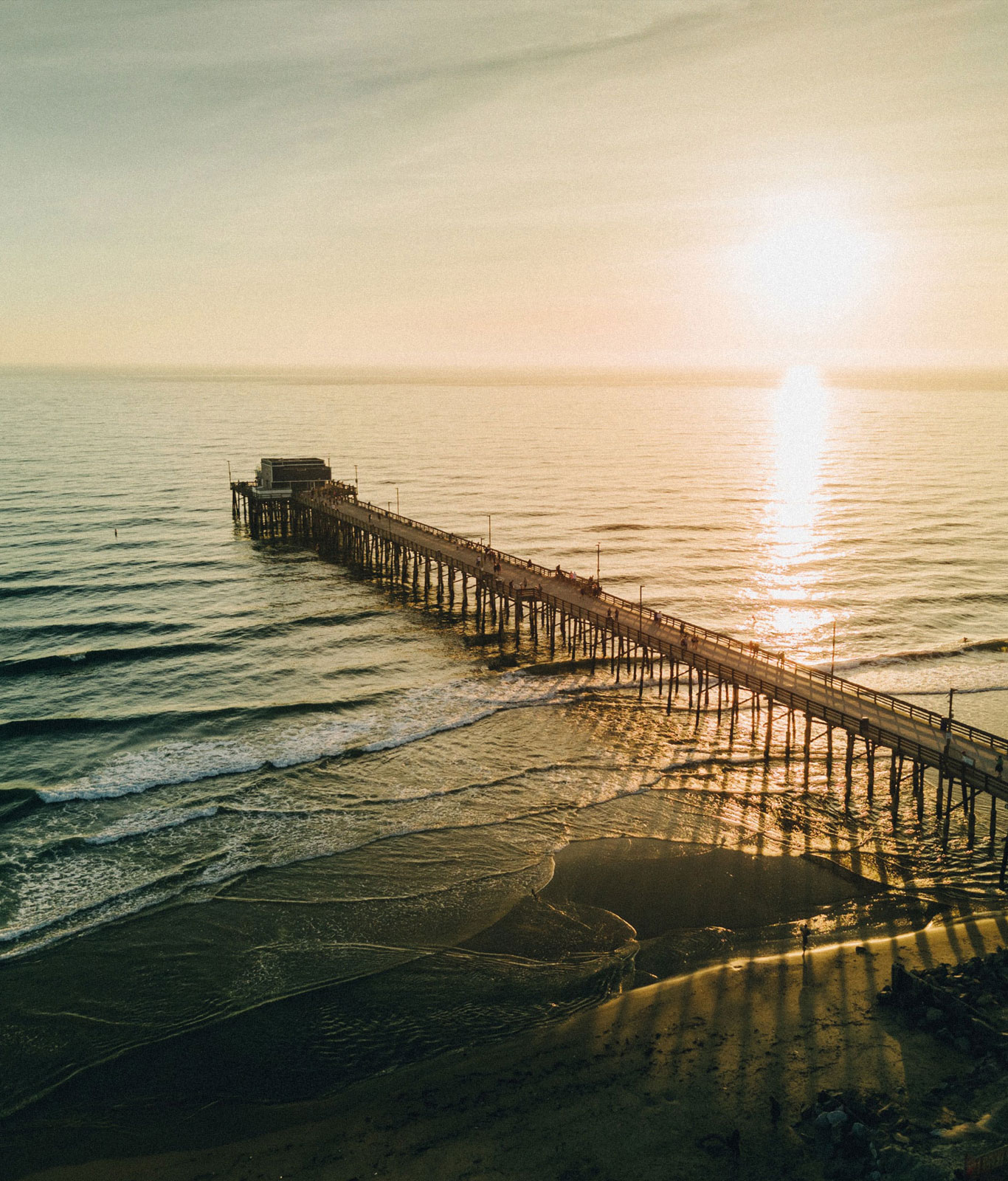