You know it when you see it. Your heart skips a beat. You see yourself living there. That’s when you know you have found the house for you — the one that speaks your visual language, whether it be tied to a storied past or aimed squarely at the future. Welcome home. Which style are you?

“Ranch architectural style is like jazz and great cheeseburgers,” writes Karin Beuerlein on HGTV.com. “It’s an art form unique to America”. Ranch style is rooted in North American Spanish Colonial architecture of the 17th through 19th centuries: single-story floor plans, native materials and interior courtyards surrounded by a U-shaped floor plan. Low-slung ranch homes were first built in the 1930s — and by the 1950s, nine out of every 10 new houses was a Ranch-style house. Ranches embrace open spaces and the connection between indoor and outdoor living: The back yard is usually just steps from the kitchen or living room via sliding glass doors. Said The New York Times in 1986: “With bedroom wings stretching into yards, and courtyards and patios mingling with interior spaces, the ranch house proved a comfortable, likable, adaptable and enormously popular family house, one that also offered a life style.”

While today’s architecture encompasses a wide range of trends and styles, Contemporary architecture builds on the modernism that followed the Industrial Revolution. The uniformity and clean linearity of early modernism began to feel impersonal, and Contemporary responded by maintaining modernism’s open spaces but invigorating them with warmth, whimsy, asymmetry and regional flair. It embraces natural light and, as a dynamic style interacting with its context, considers environmental impact, often opting for eco-friendly materials and technology. Not to be confused with Midcentury Modern architecture, which spans the early 1930s to the late ’60s, Contemporary architecture is very much of the 21st century — and up-to-the-minute.

Craftsman architecture, also known as Arts and Crafts, was a reaction to the excesses of Victorian architecture. It marked a return to simplicity, beginning in Britain in the late 1880s and America at the turn of the century, where it was popular until Ranch architecture took over after World War II. It has since come back into vogue, where it will likely stay, because Craftsman’s cozy bungalows with their handcrafted wood details — inside and out — are a satisfying way to experience what has been called “serious architecture.” A Craftsman house’s simple, elegant design keeps it from seeming dated, and its typically high-quality construction stands the test of time.

French architecture swings from formal in the city to unfussy in the countryside. While almost all French architecture employs symmetry, the more relaxed aura of homes in the provinces — hence the term French Provincial — has made it an extremely popular style in American suburbs, especially in the 1920s and ’30s and again in the 1960s. The style is rooted in the manor homes, or chateaux, built by French nobles during the reign of Louis XIV in the mid-1600s. “Many Americans,” writes Dallas scholar Virginia Savage McAlester in her seminal book, A Field Guide to American Houses, “among them both architects and builders, served in France during World War I, and gained a firsthand familiarity” with houses in the French countryside. “During the following decade, the 1920s, Americans were entranced by France, having helped rescue it during the war.”

Mediterranean Revival is a style introduced in the United States in the late 19th century, variously incorporating references from Spanish Renaissance, Spanish Colonial, Beaux-Arts, Italian Renaissance and Venetian Gothic architecture. The movement drew on the style of palaces and seaside villas and applied them to the rapidly expanding coastal resorts of California and Florida. In the 1920s and ’30s, Hollywood movies featured romantic Mediterranean sets, and celebrity magazines showed stars living in glamorous Mediterranean manors, creating the peak period for construction of this elegant style.

The Midcentury Modern movement in America was an adaptation of two austere, straight-lined architectural movements in Europe: the International and Bauhaus styles. American midcentury architecture, which spanned roughly from the late 1930s to the ’70s, is warmer and more organic, often with wood elements — beams, columns, walls — where the Europeans employed concrete and steel.

During the 1700s, European settlers in North America incorporated the architectural styles of their native countries into their new homes. The styles that arose can be referred to as Colonial architecture, which includes Georgian, Spanish, German French and Dutch variations, plus Federal and Cape Cod. Georgian Colonial is one of the most popular, characterized by its rectangular, symmetrical and formal style. Georgian homes find their roots in both Italian Renaissance and the classical architecture of ancient Greece and Rome. “Eventually, those who chose this style were attempting to emulate those wealthy enough to build the original homes,” said Pete Shannon, an assistant professor at Kent State University in Kent, Ohio, on HGTV.com. Georgian Colonial became the dominant style for domestic construction in the U.S. from 1700 to 1780 — and is still highly desired today.

Tudor architecture is the final evolution of Medieval architecture in England, during the Tudor period from 1485 to 1603, which includes the reigns of Henry VII, Henry VIII and Elizabeth I. In the U.S., a medley of Tudor-era styles — everything from folk cottages to early Renaissance palaces — was combined in a building heyday that lasted from the 1890s to 1940s, especially in affluent suburbs. The materials used for Tudor-style homes were expensive — solid masonry, slate for roofs, brick and stucco for walls, decorative stone — which made the 1920s a high point: The style was sometimes called Stockbroker Tudor, because the homes’ financially successful owners had made their wealth in the booming ’20s stock market. The style temporarily eased out of vogue around World War II, when a resurgence of patriotism encouraged a more American style, namely Colonial Revival. 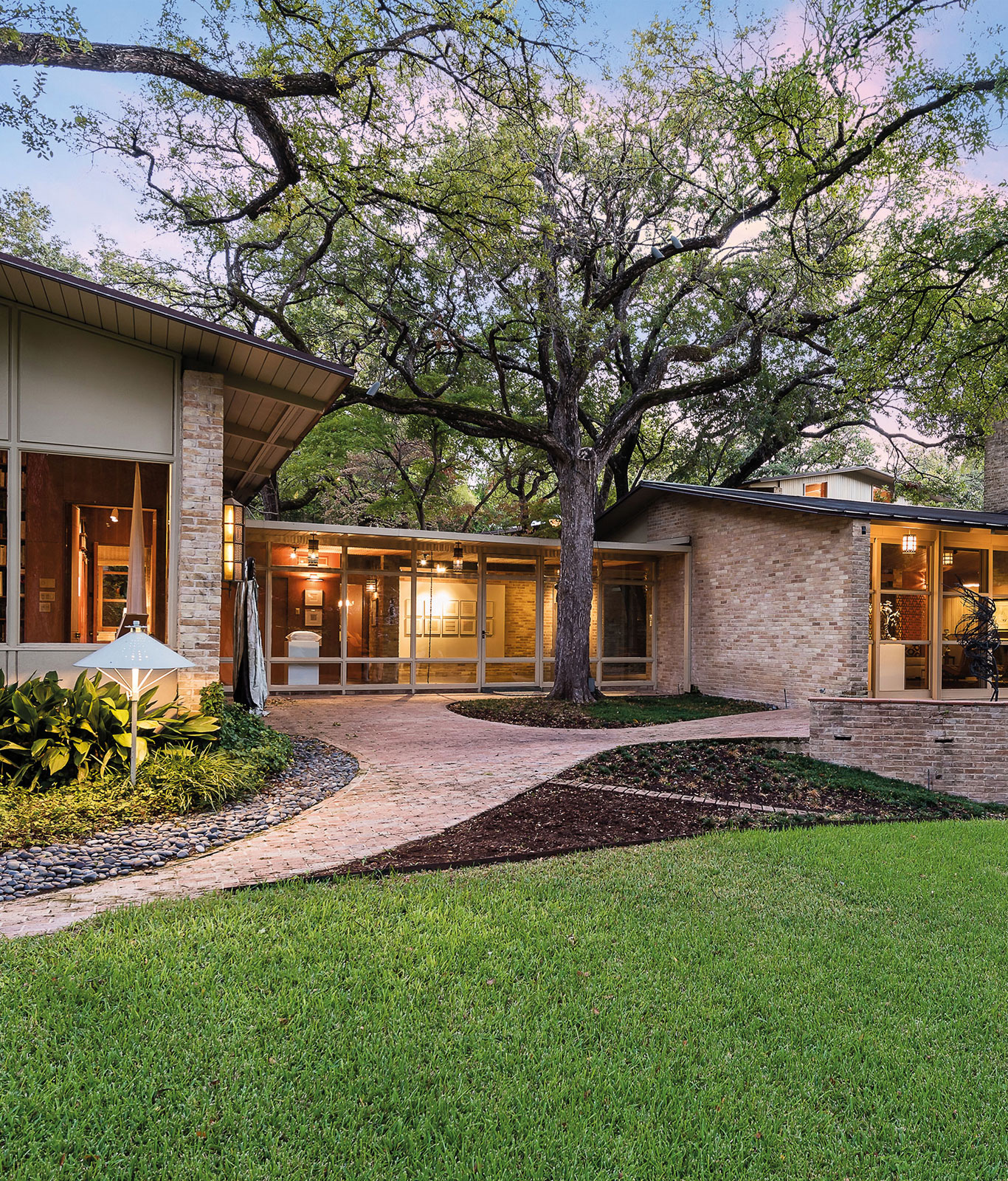