You would be hard pressed to name a more famous street for shopping anywhere in the world. Fifth Avenue is the spot for anyone who relishes fashion, jewelry, shopping, creative window displays and so much more. Hands down, this stretch of thoroughfare between 34th and 59th Streets is where the retail faithful will find their Mecca. Now, while it is notoriously the shopping heart of the city, there is still plenty to see and do if shopping isn't your thing.

Those who don't have a love of retail therapy might want to check out a museum or two instead. If you're a former Girl Scout or on vacation with your daughters, the Girl Scouts of America Museum and Archives is located on Fifth Avenue. For something a little less compelling but more cerebral, you will find the National Museum of Mathematics a half block off of Fifth Avenue on East 26th Street. If you're looking to learn more about the history and artwork that New York has produced, the Museum of the City of New York is located on 5th Avenue, steps away from Central Park. The Metropolitan Museum of Art, 1000 Fifth Avenue, is the largest of them all. Here you can spend an entire day roaming through world-class exhibitions and 5000 years of art history.

When thinking of New York City, it is probably unlikely that an image of the Empire State Building (350 Fifth Avenue) wouldn’t pop to mind. This well-known landmark is a cultural icon that has represented the city in films, on television, and in an endless run of tee-shirts, postcards and snow globes. People all over the world know the image of this symbol of Manhattan. For unparalleled views of America’s favorite city, head up to the observation decks on the 86th and 102nd floors.

An awe-inspiring Neo-Gothic cathedral, St. Patrick’s (Fifth Avenue between 50th and 51st Streets) certainly stands out among the showstoppers on Fifth Avenue. This behemoth place of worship attracts millions of the devout from all over the world. You are welcome to visit for a daily scheduled tour, attend one of seven daily masses and enjoy the glorious acoustics during the cathedral’s concert series.

Rockefeller Center is a must-visit between Fifth and Sixth Avenues. A nighttime journey to the Top of the Rock promises astonishing views of New York. During the winter holidays you can see the world-famous Christmas tree and lace up your skates for a few spins around the fabled rink. Self-guided tours will quench your thirst for the Center's history and design, and guided tours allow you to get behind the scenes of all of your favorite NBC shows.

The Stephen A. Schwarzman Building at 455 Fifth Avenue is only one of 92 branches and research centers of the New York Public Library system. However, it is certainly the most famous and has the deepest history. Fans of architecture will appreciate the edifice itself, with its impressive columns, lion statues and Beaux-Art flair. Inside, one of the most comprehensive collections of children’s literature and numerous research topics will keep you engaged for hours.

Adjacent to the New York Public Library, Bryant Park (bordered by West 40th and 42nd Streets and Fifth and Sixth Avenues) offers a beautifully manicured, pedestrian-friendly oasis in the heart of Midtown. The park features lush lawns, seasonally planted bulbs, herb plants and woody shrubbery along with a series of historic monuments that give visitors an insight into the history of the city. You are always welcome to drop in on the many special events and regular activities that go on throughout the day. The Southwest Porch is an excellent place to pull up a seat, order a cocktail or coffee and take in the sights. If something more active is in order, jump into a ping pong competition or join a lawn yoga class. Whether you are into books, arts and crafts, chess and backgammon or taking a spin on Le Carrousel, Bryant Park is a lovely place to spend a day outdoors.

Fifth Avenue may be best known as the epicenter of New York City’s world-class shopping, but there is so much more. Its rich history, stunning architecture and vibrant spaces provide endless sights and activities. So skip the temptation to window shop and see more of what Fifth Avenue has to offer. 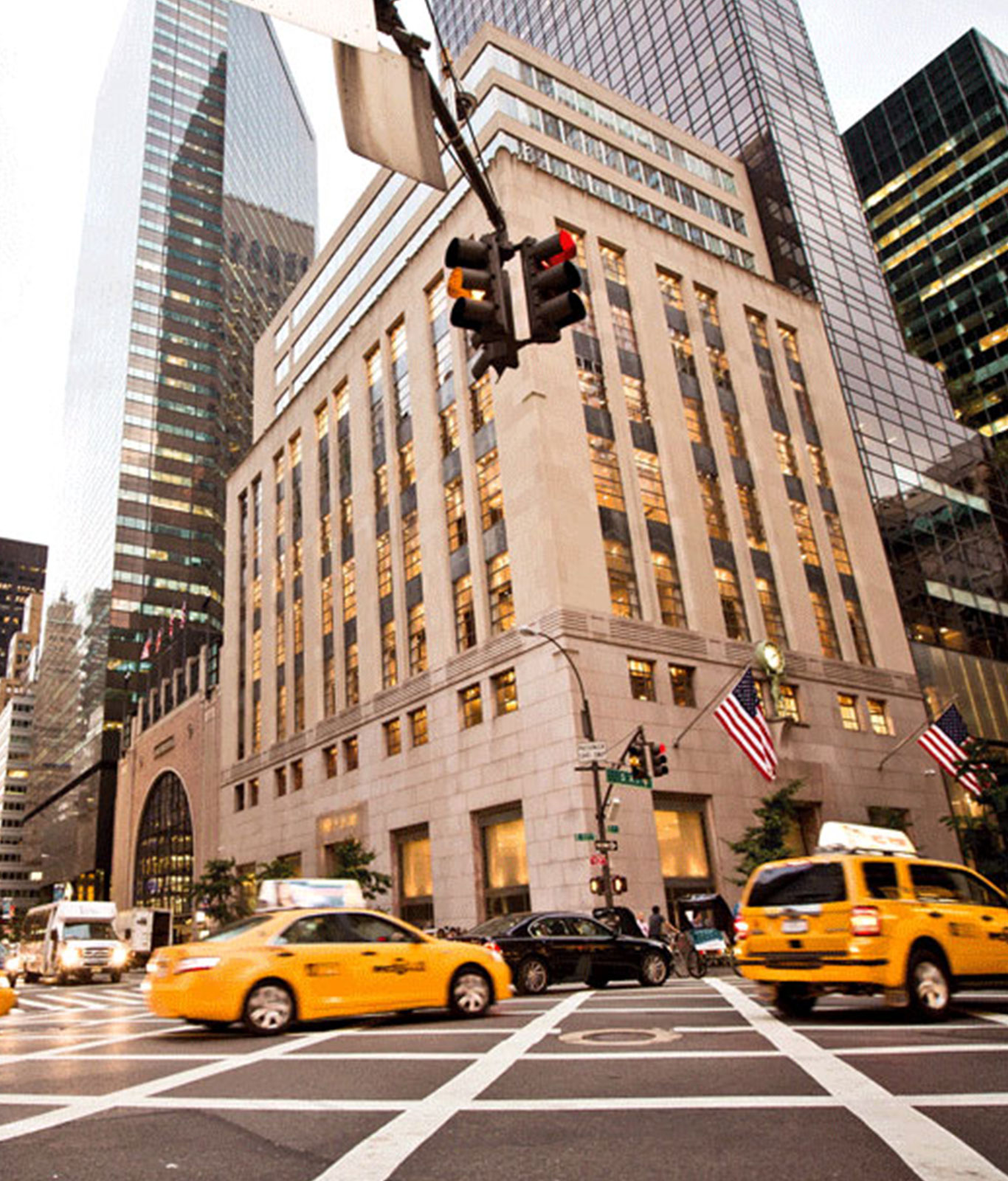