Often described as one of the best places to live in California, Huntington Beach is an idyllic spot, both on land and off-shore. What makes Huntington Beach so special is its prime location, its healthy balance between nature and city life, its cool citizens and its epic waves. Huntington Beach is a legendary and world-famous surf spot that attracts people from all over the world who come to visit its waves. There are also those who visit and become so smitten with this gem of a beach town that they decide to stay.

Located in Orange County, just an hour south of Los Angeles and two hours from San Diego, Huntington Beach gets the beautiful weather of Southern California and the perks of a city, but also the bounties of the natural world. Despite the surrounding Southern Californian culture, Huntington Beach seems to be tucked away in its own microsphere, governed instead by the laws of beach life and the wave report.
Surfing is a lifestyle that once it gets you, it gets you for life. Whether you’re still practicing on the white water or have been surfing all your life, you know the beauty of being only minutes from the waves. Self-described as “Surf City USA,” Huntington Beach offers the best of the surfer lifestyle without compromising on the comforts of life on land.

If surfing is your life and surf culture is your vibe, then Huntington Beach is the perfect place for you. This classic American town has been iconic for surfing since the ’60s, and half a century later, it still upholds its legendary surf-town vibes. Huntington Beach was put on the map by the rock duo Jan and Dean in 1963 with their hit song “Surf City,” describing the beach city as a place where everyone is either surfing or partying. While there is certainly more to Huntington Beach than surfing and partying, it definitely still lives up to its reputation.

On and off the water, Huntington Beach sports a quintessential surf culture like few other places in the United States. From early-morning dawn patrol sessions to late-night nightlife scenes, Huntington Beach has the whole surfer thing down to a T. One of the city’s most iconic trademarks is its majestic and enormous pier. As one of the longest piers in California, it makes the perfect spot for sunset walks and watching surfers catch waves — if you’re not the one in the water!

Downtown, Main Street is home to an old-school, mom-and-pop party scene with options for anyone’s festivity style. Whether you’re looking for something wild or low-key, Main Street has a night scene for you. What makes this Main Street unique is that it features a surfing “Walk of Fame,” with the footprints and handprints of some of the most iconic surfers. Some of surfing’s biggest names have come from Huntington Beach, and this is something the entire city is proud of. The community at Huntington Beach has an incredibly deep appreciation for its surf history and culture. This can be felt in the entire vibe of the city and in any interaction with any of its residents. For the residents of Huntington Beach, surf is life, whether you’re a surfer or not.

The city boasts over 40 surf shops and is home to some legendary board shapers that seem to make all the boards in town. Down-to-earth, but nonetheless hopping, bars and restaurants can be found throughout the town. This includes the almost clichéd (in the most charming way imaginable) epic breakfast spots where all the surfers seem to congregate for eggs and coffee with their dripping long hair still wet from the morning surf session. For those looking to soak up some more surf culture, there is the famous Surf Museum with the world’s longest surfboard, which makes for a popular selfie spot.

The US Open of Surfing has been held at Huntington Beach since 1959 and always brings the best of surf vibes, salivating surfers, wave stoke, commercial fanfare and a community that loves surfing so much its embedded itself into their entire way of life. In addition to the US Surf Open, there are other surf competitions that take place at Huntington Beach that may be smaller in name, but certainly not smaller in fun.

As is the case with most Southern California towns, finding a wave all to yourself is pretty rare. Huntington Pier is one of the most crowded surf spots around, and it gets generous numbers of press and people on most days. This being said, Huntington Beach is nine miles long, and if you’re willing to scan a little further up or down the coastline for that perfect wave, you’re more likely to get it all to yourself.

Huntington Beach’s best surf feature is that it gets consistent swell all year long. While the waves aren’t enormous, a long period south swell can produce wave heights up to eight feet during the winter. On an average day, swell is typically shoulder high, which is still pretty good for most. Lucky for Huntington Beach’s surfers, the swell direction and tide don’t seem to affect how well these waves work. Regardless, there is always a good wave to surf, even if it’s not barreling. While there’s not always perfect surf, with nine miles of waves to explore, there is always a lot! Huntington Beach is probably most famous having the most consistent wave zone in all of California. Its consistency and stellar waves make Huntington Beach the perfect surf spot for both the newbies and the old salty dawgs, and just about everything in between.

Huntington Beach will easily make you feel at home, whether you’re visiting or living there. Soak up that sea-breeze air as you’re taking a stroll down the surfing Walk of Fame or the nine-mile stretch of coast. One of the best parts about Huntington Beach is that whether you’re a surfer or not, you can still enjoy the best of the surfing lifestyle. 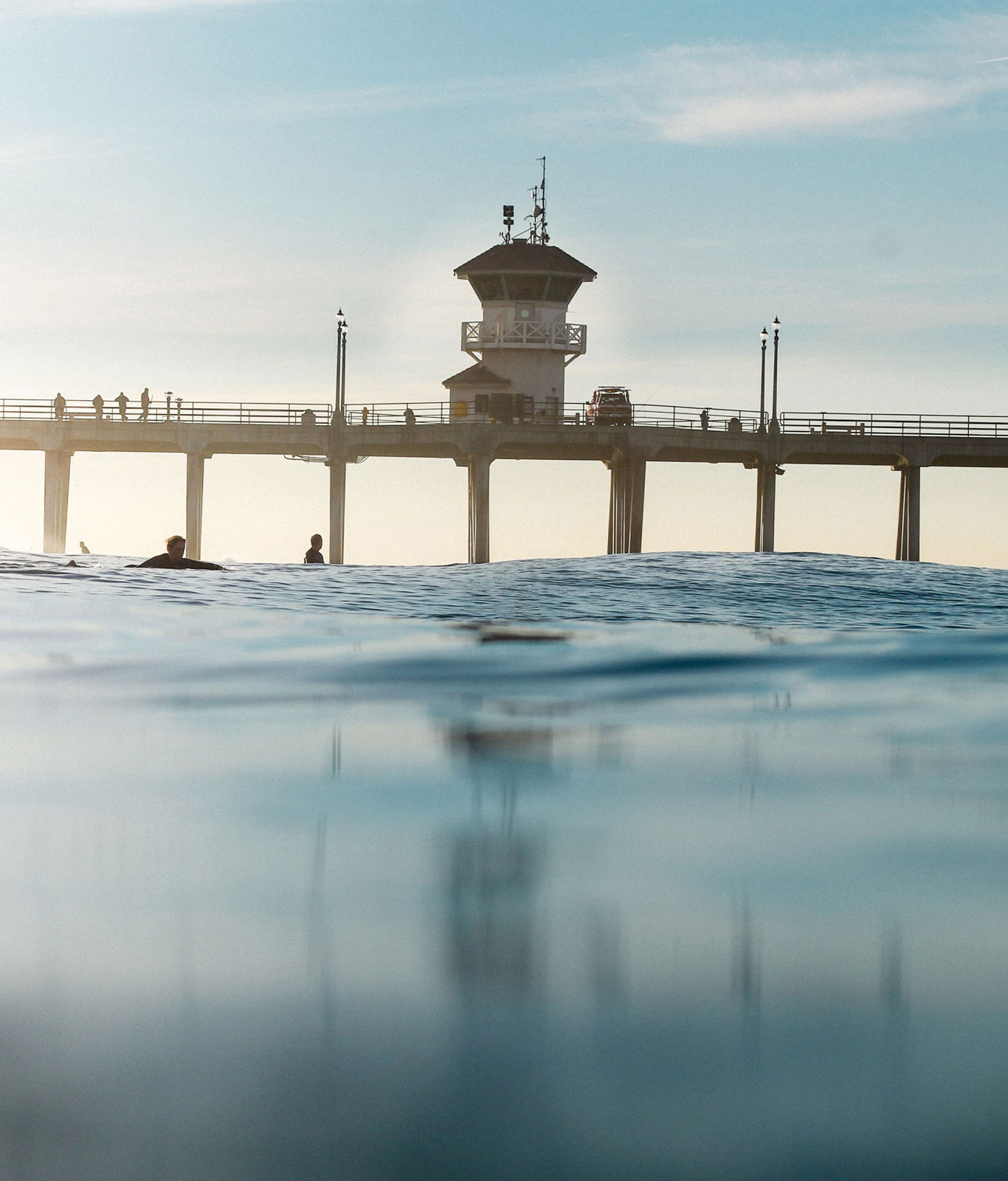