From jaw-dropping pink-sand beaches to stunning vernacular architecture, there are many reasons to put roots down in Bermuda. For a small island territory, Bermuda packs a big punch with its unique architectural style.

Throughout history, the traditional building methods have stayed very much alive.

The result is an architectural style that takes advantage of the island landscape and climate. Here’s a look at the vernacular building style of this beautiful tiny island.

What is Vernacular Architecture?

One of the most striking elements of architecture in Bermuda is the stepped roof. The reason behind this is that over half of Bermuda’s freshwater sources come from rain. These vital architectural elements play a role in providing the residents with fresh drinking water. These roofs have been in circulation since before the colonial era. Built with Bermuda limestone tiles known as slate, the rainwater is captured and stored in a tank under the property.

Limestone offers a durable and sturdy structural system capable of surviving tropical storms. During the colonial era, British colonists built the majority of their structures from limestone quarries. Roofs are traditionally painted white in order to reflect the oppressive sun and keep the interior of the building naturally cooler.

Building as an Indigenous Art Form

The unique roofing system, combined with colourful exteriors, creates the indigenous art form known as Bermudian architecture, blending European, American and Caribbean styles.  Although these homes contain elements of colonial influence, such as glazed windows, wraparound terraces and distinctly British window shutters, the overall adaption of both indigenous and colonial architecture combine to create a work of art. In fact, the town of St. George, where you can see the most vibrant displays of vernacular architecture, is a UNESCO World Heritage Site.

Construction is seen as a heritage trade. Even though today’s newer structures may use imported materials due to scarcity, the traditional building methods are still followed throughout the territory.

When you build in a hurricane-prone environment, you need to consider wind loads, rain, flooding, storm surges and more. Limestone is used for home foundations and walls with some modern structures built of concrete blocks. Thick, stone walls allow Bermuda architecture to withstand extreme winds experienced in hurricanes and tropical storms. This is one of the main reasons why the vernacular architectural styles of Bermuda have withstood the test of time.

One of the signature characteristics of Bermuda architectural style is the colours. Nearly every structure boasts a bright and brilliant colour scheme. As a result, towns nestled on the hillside come to life with a vibrancy that matches the nearby ocean scenery. Pinks and yellows were popular dating back as far as the 17th century, while today’s colours trend towards whites and blues. Pastel hues have long been the most traditional colour schemes. The reasoning behind this is to create a welcoming and inviting space that celebrates the beauty of the island. Not to mention, lighter, brighter coloured exteriors reflect the heat and keep homes naturally cooler.

Overall, Bermuda architectural style is a distinct, colourful and functional building methodology. The terraced roofs provide a vital function of bringing fresh water to the utility system. While colourful exteriors reflect the heat and invite you in, bringing a welcoming vibe that Bermuda is known for. Stone materials not only serve to create a lasting building but also are a strategic methodology for keeping the interiors naturally cool. Bermuda is a beautiful place to live, it’s only fitting that its signature architectural style is built to match. 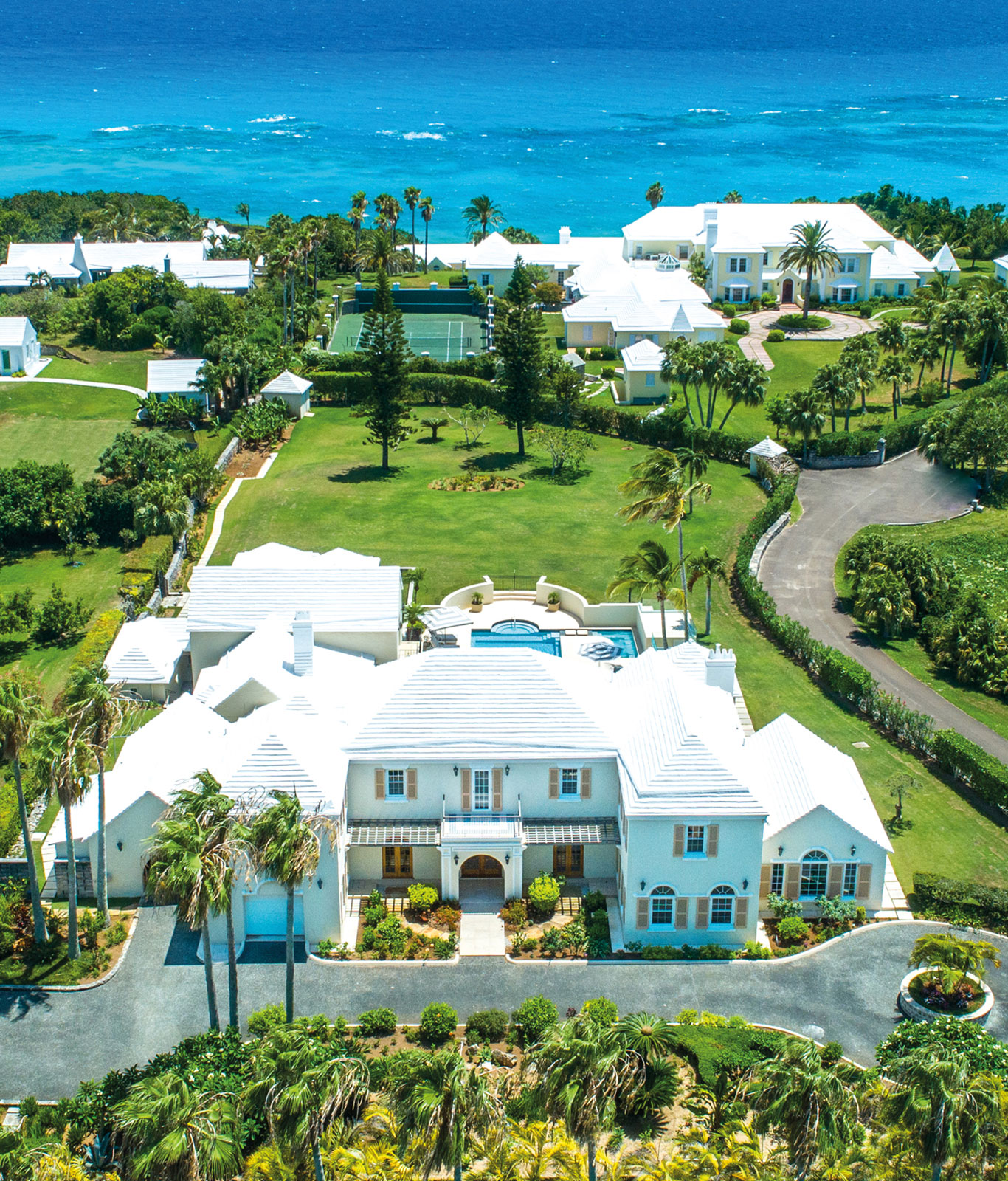